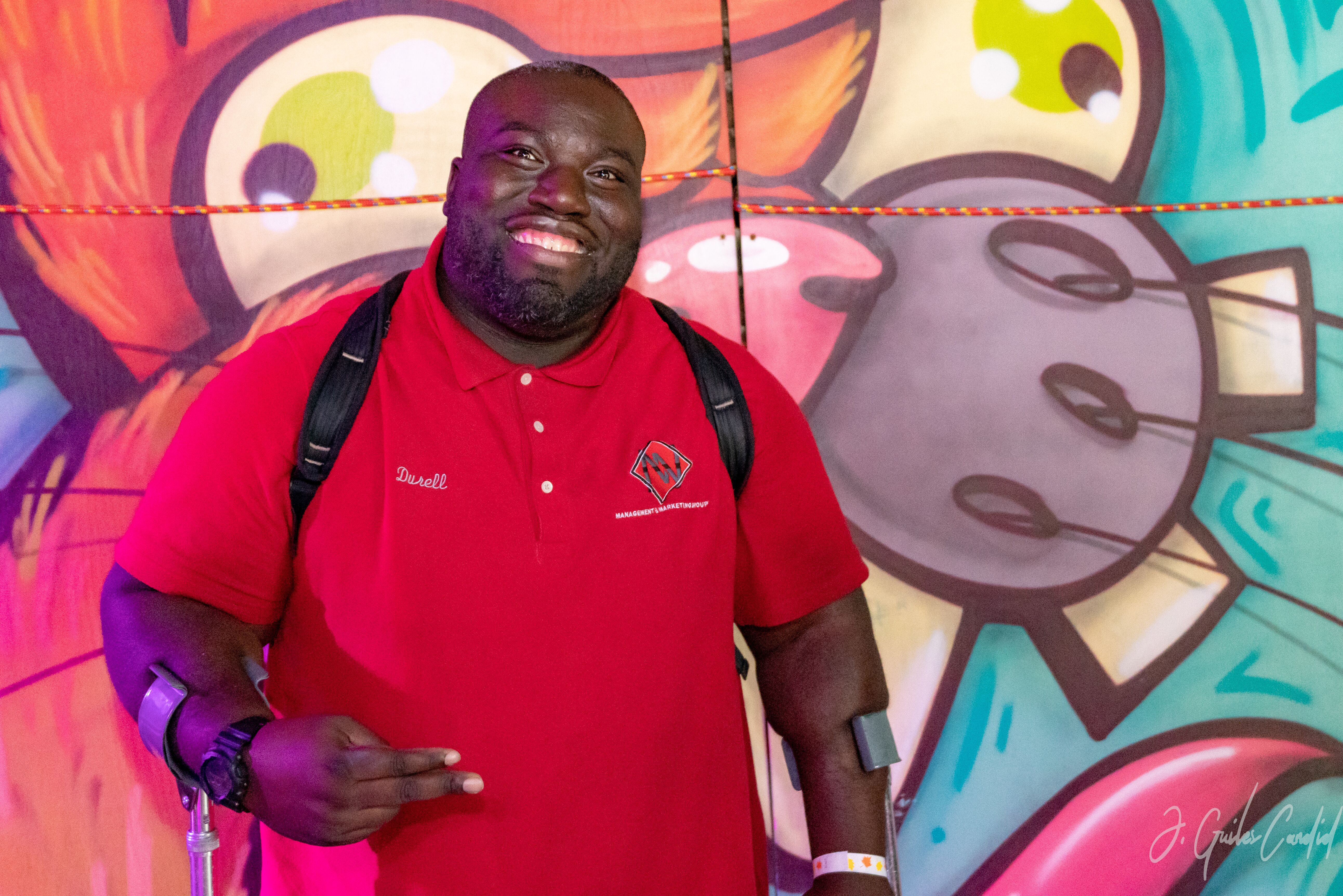 Durell Peart is a speaker, artist manager, and music business consultant. He has over 15 years of professional entertainment industry experience. He has worked within the areas of artist management, brand development, marketing, promotion, and consulting. He has worked mostly within the urban and pop genres but his skill set can be easily adapted to any genre of music. He made the decision to pursue a career within the music industry because the formula for success in the industry is predicated on loving people and the ability to build meaningful relationships.

Durell is a graduate of Full Sail University where he earned a Bachelors Of Science Degree in Entertainment Business as well being named Valedictorian and Advanced Achiever. He started his second company Double N Management & Marketing Group, LLC in 2015, with the primary focus of being a positive advocate for indie creatives. After spending so many years as an artist manager and utilizing his relationships only for the creatives on his immediate roster, he felt that it would be a great idea to expand and help creatives that he wasn’t doing day-to-day management for. He also noticed what was lacking in a majority of the creatives was the lack of education they had in choosing to embark on a professional career as a creative.

Durell knew that he could make the greatest impact on his work with indie creatives by making their focus more about becoming global rather than being famous. The most important thing for creatives in today’s marketplace is to establish and execute a framework for building their own unique core audience rather than trying to appeal to everyone.

Durell has worked to expand his global profile establishing business partners all over the world. He has played a key role in helping to secure international touring opportunities for his artists ranging in territories including India, Spain, Luxembourg, and France. Durell has also secured exclusive digital distribution & licensing partnership deals with Sound Republica (Seoul Korea), Kanjian Music (Shanghai China), & Tune Afrique (Lagos Nigeria) which he can now use, as a vehicle to help indie artists build an audience globally. In January of 2020, Durell became an official partner of New Skool Rules, the number one urban music conference, and festival in Europe (Rotterdam, Netherlands). He continues to provide value by aligning himself with strong global movements taking place in several international territories that support indie artists.

Durell was born with a disability called Spastic Diplesia Cerebral Palsy in which he was diagnosed at the age of one. He has been fortunate over the years to be able to impact many people due to his Cerebral Palsy being mild. He is constantly using his voice to show others that even though living with a disability can be difficult at times it’s not impossible to live a normal and meaningful life. The special needs is filled with many who don’t have a platform and voice (literally) to share their concerns and how at times they can feel disconnected from those who can’t understand what it’s like to live with a physical or mental impairment daily. He will continue to work hard and use his voice and platform to be someone who can be their voice and advocate.

Listen to "Episode 13 - The Playlist Radio Show" on Spreaker.

BUILDING A GLOBAL PROFILE ALONG WITH SOLID RELATIONSHIPS LEADS TO SUCCESS 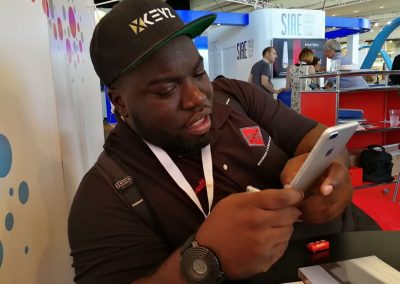 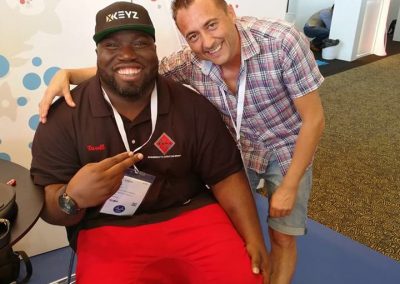 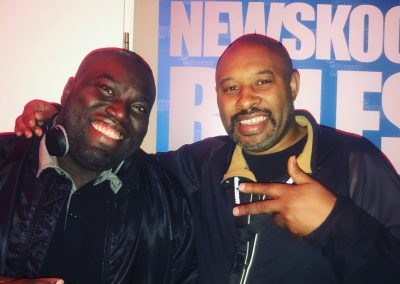 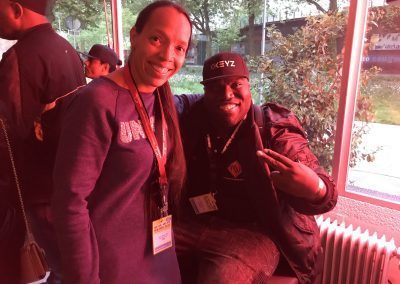 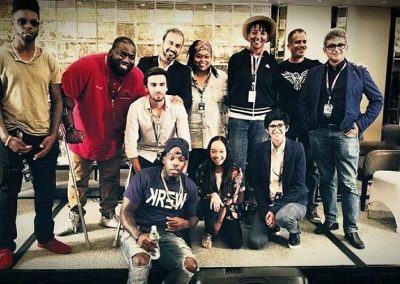 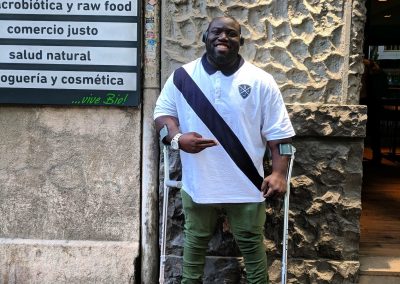 The Upper Club Restaurant & Lounge During The “More Than An Algorithm Tour, Valencia Spain 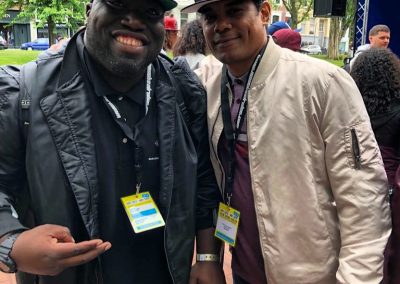 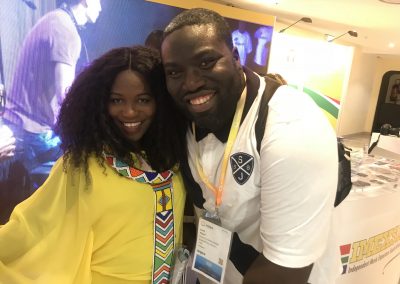 MAKING A DIFFERENCE IN THE INDIE CREATIVE COMMUNITY 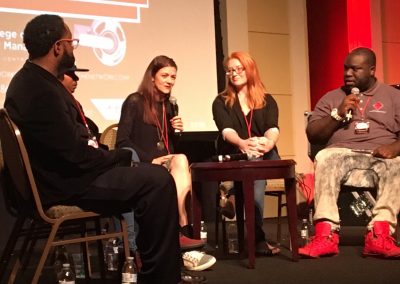 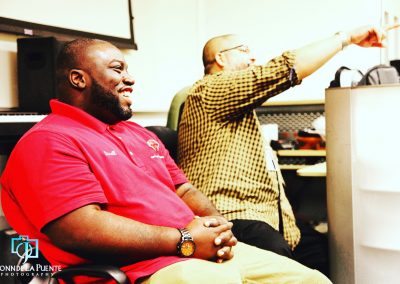 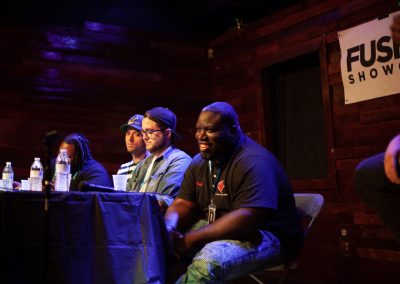 Judging The Private Lab Listening Session At The Fusion Showcase 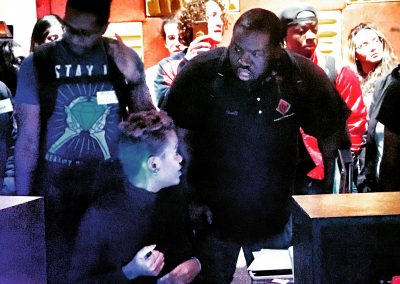 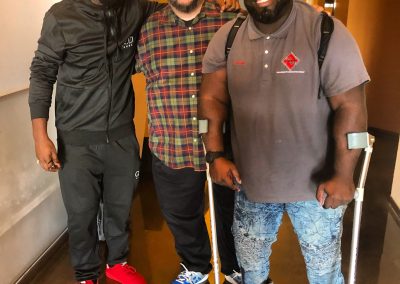 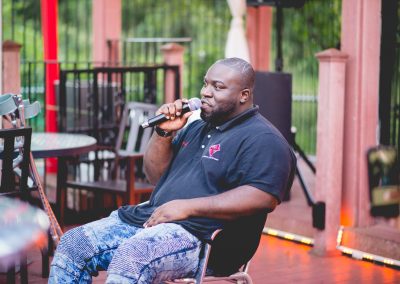 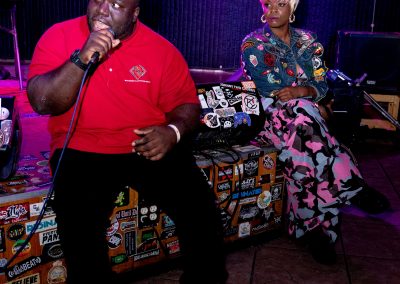 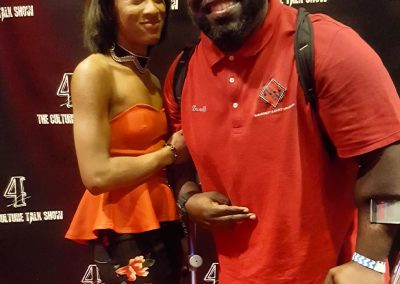 Oriana “OC” Campbell & Durell At The 4 The Culture Industry Mixer

Durell loves building, connecting, & working with indie creatives, music industry professionals and those looking to make a difference in the lives of those living with special needs.

Feel free to drop him a line and connect.

Due to Covid 19 All online apparel orders may take 1-2 weeks to receive.